It started out really as a joke to see who would pick up on the reference of it and now it’s the LAEFL’s most anticipated game. Smoke a Bowl, pits James “Shabby J” Portillo and his New York Jets against Cleon “Rastahaze” Tate Jr and his San Francisco 49ers.

Over the years this game has taken on a life of its own. At first it was played during the college years of the league as a rivalry game and was later carried over with a trophy for the winner to hold until the next game. Next season it will be the featured game for the LAEFL 420 games. 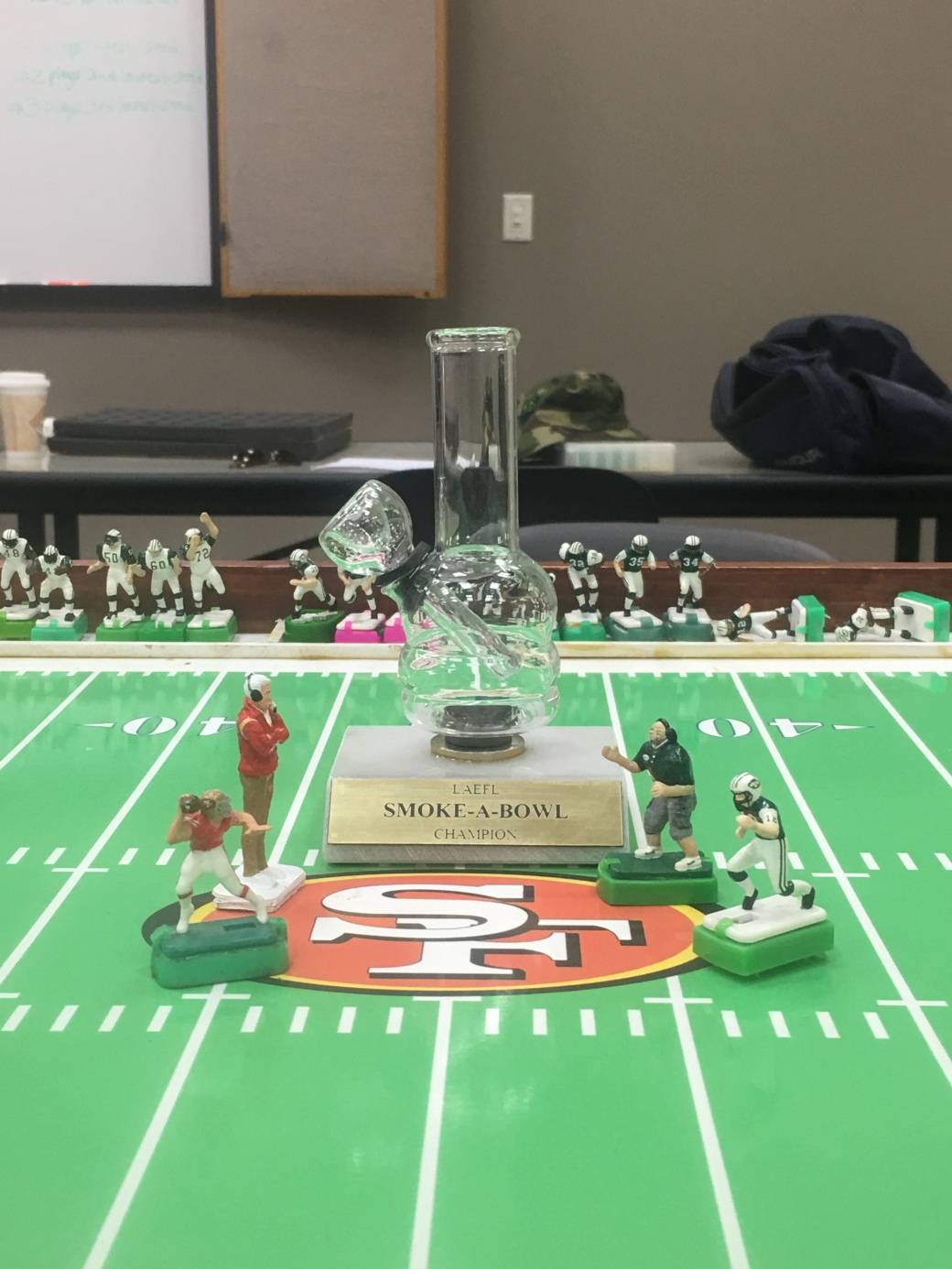 Early on the game wasn’t much of a rivalry (Shabby J) holds the series lead 5-3, but Cleon (Rastahaze) has won the last two. “I get geared up for this game I love playing EFL but this game is for the chalice”, stated coach Tate when asked about this game. Every game is important but when it’s your rival it means a little more.

2 thoughts on “The Game”